What is Childhood Apraxia of Speech? 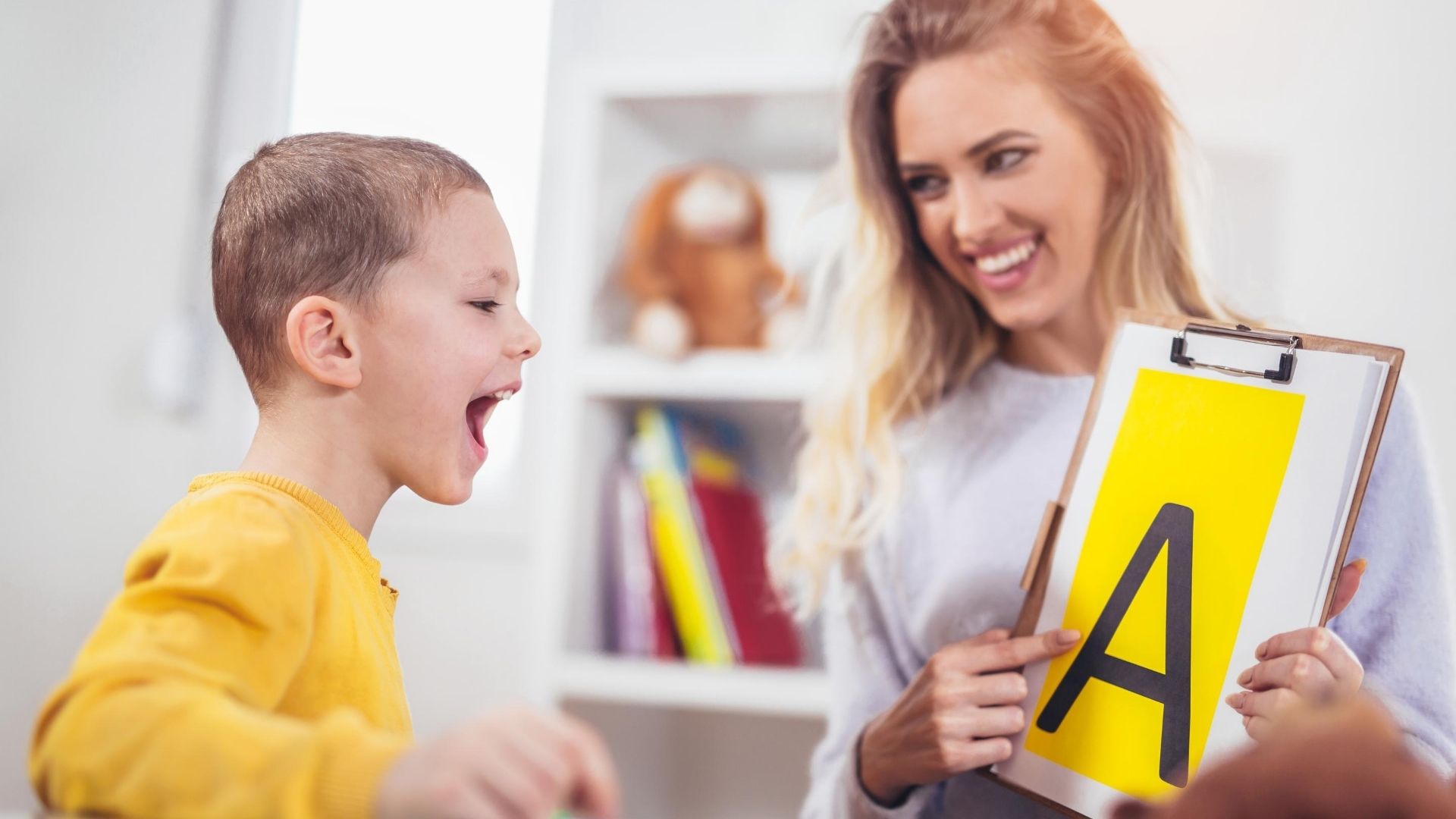 This is a difficult question to answer, as there are many schools of thought on the diagnosis and treatment of Apraxia of Speech.

While Speech Apraxia affects people of all ages and manifests itself differently from one person to the next, Speech Apraxia in adults is much different from that of a child. For adults, the cause of Apraxia of speech is normally a result of a traumatic brain injury, stroke, brain tumor, or dementia.

Childhood Apraxia of Speech affects the neurological planning and execution of making speech sounds. For example, assume the child is asked to make a “k” sound. In response, the child struggles to comply and finds himself pronouncing the “s” sound instead. No matter how hard the child tries to produce a “k” sound, they simply cannot. Their brain is telling their tongue to move in a certain way, but it’s not doing it. There is a disconnect somewhere in the neural pathway between the brain and the articulators (i.e.mouth, tongue, lips, etc.). Imagine how frustrating it must be for a child to hear the /k/ sound but be unable to pronounce it. Also, it is frustrating for the parent who so badly wants to understand the child.

Being in the field over 10 years, no child presents the same no matter what the diagnosis might be. Each child is unique, they respond to various treatments differently, and makes progress at their individual pace. A lot of parents come to me, and are afraid their child might have childhood apraxia of speech. I will do my best to properly test them and look at all aspects of the child’s development to make an accurate diagnosis.

Getting the diagnosis of childhood apraxia of speech should not change the course of treatment! After doing a full assessment on a child, I develop an individual plan for that specific child. There is no “one plan that fits all” approach and yet there are some who claim the opposite, falsely promising remedies and results. If you hear of or are offered such a program—Run away!